END_OF_DOCUMENT_TOKEN_TO_BE_REPLACED

My interpretation of what a pivot is: a cap on resource withdrawal followed by a rapid reduction. A pivot can happen before or after the breach of capacity. When the pivot happens greatly affects how much resources will be needed to rectify the situation, as well as the costs of the negative impacts of overshoot. This article lays out the basic concepts of pivot.

Anyone growing up when times just get worse will expect that they will continue to get worse. Growing up in a time when things just get better you will expect them to continue to get better. The worst are when things have been getting  better but you know they are going to get a lot worse. That is where we are. It’s uncomfortable to say the least.

We are waking up the realisation that progress since the 1950s has actually been at the expense of earth systems and natural resources. The carrying capacity of earth systems has been eroded to such an extent, and populations and their material uses have grown to such a magnitude, we now find ourselves in overshoot.

END_OF_DOCUMENT_TOKEN_TO_BE_REPLACED

Understanding that as a species humans cannot go on as we were, 140 experts, academics and volunteers across the world are coming together to engage with policy agenda of the G20, COP26, EU and UK Government. The group will provide post-COVID19 stimulus policies that are socially fair; stimulate economic growth; and accelerate our transformation to a sustainable planet.

Worryingly, the outlook as we emerge from the restrictions is bleak. If we are to reach Net Zero carbon emissions by 2050 and have any hope of limiting the rise in global average temperatures to a level that will not cause a societal catastrophe, we have to achieve 15% of reduction in carbon emissions *every year*.

Stephen Hinton volunteered to work in the area of sustainable infrastructure. If you would like to join the project, please visit the Pivot Projects Website. 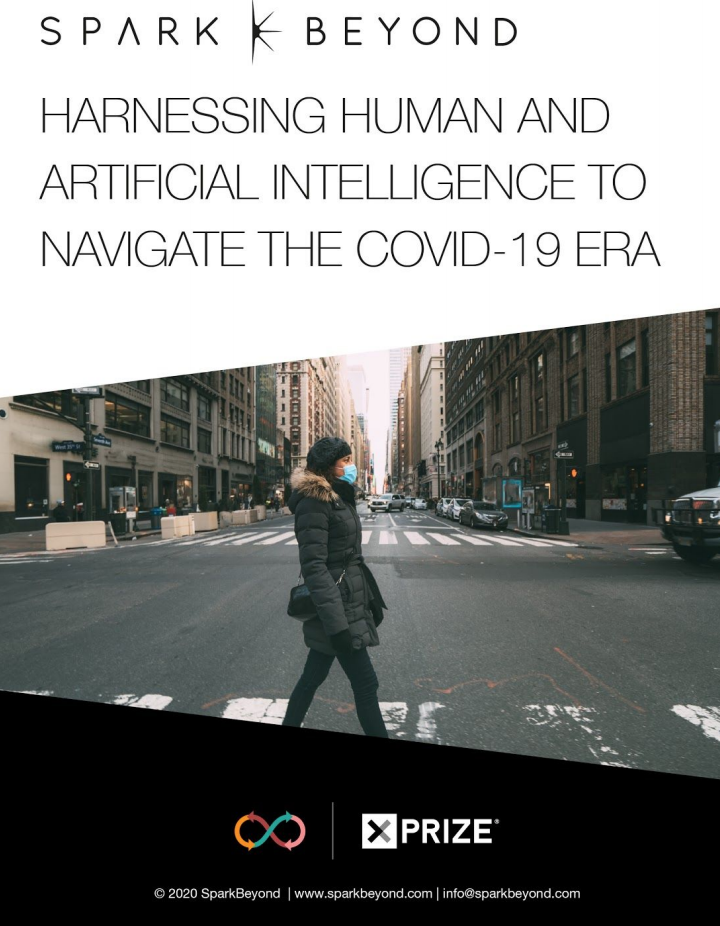 The behavior of complex systems such as the global environment, economy, and society are notoriously difficult to predict, especially when relying solely upon human cognition. Experts always see things from their perspective and can rarely factor in the whole picture. One organisation is looking to by-pass this human cognitive bias with AI. International AI firm SparkBeyond has set itself the task of saving the world by proposing ways forward post-Covid. Spark Beyond’s ideation Machine integrates the world’s largest collection of algorithms, and bypasses human cognitive bias to produce millions of hypotheses in minutes. It expands the scope of unique insights by auto-augmenting data with a rich network of data sources, including – but not limited to – news sources, scientific research, patents, and clinical trials, as well as geographic, census and financial data.

END_OF_DOCUMENT_TOKEN_TO_BE_REPLACED

A group based in the Netherlands, called The Weather Makers, are rolling out an ambitious plan to turn the Sinai desert green. Apart from stabilising weather in the region and possibly an even wider area, the initiative hopes to bring livelihoods to the area, reducing the risk of conflicts among the troubled people who live in the area. The project literally has biblical proportions as it is the site of what ancient scripts refer to as the land of milk and honey.

END_OF_DOCUMENT_TOKEN_TO_BE_REPLACED

Just as budgets steer every household and every corporation, so should every nation signed up to the Paris Agreement be steered by a carbon budget.  This carbon budget should be treated like a monetary budget, the actions of the Swedish Government (even with the Green Party in power) up to now can only be described as fraudulent. This message comes from Climate Scientist Kevin Anderson, most recently in his presentation to the Swedish Climate Folk Parliament on the 5th May 2018 as it passed a motion to adopt such a budget. END_OF_DOCUMENT_TOKEN_TO_BE_REPLACED 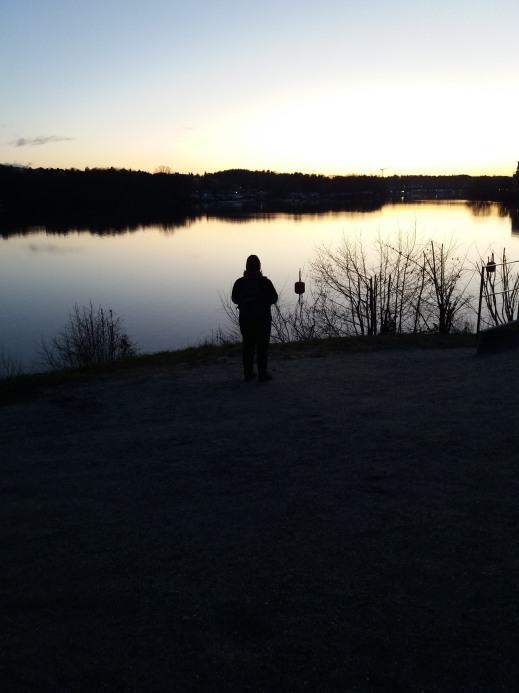 A recent article published in Medium talks about the importance of the source of ideas and initiatives.

Having tried Inventing for the Sustainable Planet, co-founding an eco-village and working with leading edge economic and sustainability thinkers I feel I qualifies me  to say a few things about how it is to be the source.

It’s a lot of things, amazing, stimulating, but rarely fun for long. It is lonely.

I am not saying this out of bitterness or anything, I hope that my experiences will help people understand that originators and sources are often unusual personalities and will be highly productive under the right conditions.

I printed a number of copies of the book about inventing for sustainability and gave them to friends for feedback. Lukewarm reception. As with the website, although from far afield, I got some interest so I carried on.

Look. I used my own judgement. Would I as a late teenager or university student, or when I was a science teacher have picked up and bought the book and found it useful? Yes I think I would. That’s where the feeling lonely comes in.

Anyway. The point is I was interested to see if it was helpful. What I wanted to do was to contribute thinking and designs that people who were longing to do something sustainable would be able to use. That was all, that was my motivation. It didn’t seem to be helpful so I didn’t update it. I always had the ambition to update the book with new chapters, already prepared etc. Anyway, I did a short video explaining the main aspects of the inventions from the book. I thought the invention might be of interest and helpful even if the novel was hard to follow.

A TV producer rang me up and wanted to do a program with me in it, featuring the inventions. I cancelled my meetings for that day and waited for the car to pick me up. Cancelled. Heard no more.

I still find that the insights from the work on the book are relevant. And the consulting company I started did manifest some of the ideas into walking maps.

I was invited to Stockholm City management to talk about the maps, and suggested that the most sustainable thing the city could do was to declare itself the walking capital of Scandinavia and set up walking routes using our methodology. I got the reply that they had had the idea to make Stockholm the Capital of Scandinavia and that they were experts at walking cities anyway.

The move to make itself the capital of Scandinavia created a lot of bad will with Copenhagen and Oslo. And the only innovation in terms of walking is that maps on streets show walking distances…. sort of.

As to the eco-village, the basic concept of Eco-Unit, developed by Folke Gunther is genius, and one that lay at the centre of the eco-village project I helped found. However, today, the group do not want to be associated with eco-unit. They have many very good reasons why not and will argue the point many times over. What they did not do was to consult the originator (me) to hear why I thought the way I did. From my perspective they missed some stuff.

What can we learn from this?

We need insights, we need ideas, we need the crazies. If we let them be lonely they will just invent less and less or find a way to exploit you and make a lot of money for themselves. Or they become bitter and cynical. Handled right, they have many gifts to give, and will keep on giving!

Technology died today. Not the machines, but the paradigm. The belief that delivering high-tech creates jobs, prosperity and shareholder value got killed. The news hit this morning in Sweden’s newspaper SVD among others, that Sweden’s flagship, Ericsson, is shedding thousands of jobs and shutting down manufacturing in Sweden. The decision is sending shock-waves through the municipalities where Ericsson units are one of the largest employers. The likely effect is that whole communities will suffer in a domino effect decimating local suppliers then local services then house prices. And it’s probably the best thing to happen to Sweden for a long while. More on that later. First to the situation. END_OF_DOCUMENT_TOKEN_TO_BE_REPLACED

Sweden’s largest exporter, Ericsson, is about to shed all manufacturing in Sweden, sack half its employees and be broken up and sold. This is bad news for sustainable Sweden; with its internet of things and wide R&D capabilities Ericsson has the competence and potential to be a major contributor to the Swedish Government’s ambition to be fossil-emission free by 2045. It seems very few really care to do what is necessary. They would rather let small local initiatives pick up the pieces. That is possibly the best option.

According to recent newspaper reports, Sweden’s largest exporter, Ericsson, is about to  – in the worst case – shed all manufacturing in Sweden, sack half its employees and be broken up and sold. This is bad news for sustainable Sweden;  with its internet of things  and wide R&D capabilities Ericsson has the competence and potential to be a major contributor to the Swedish Government’s ambition to be fossil-emission free by 2045.  With this latest news it is looking more and more like Sweden will fail to “cross the chasm” keeping its high material standard. It seems, though, that very few really care to do what is necessary. They would rather let small local initiatives pick up the pieces.